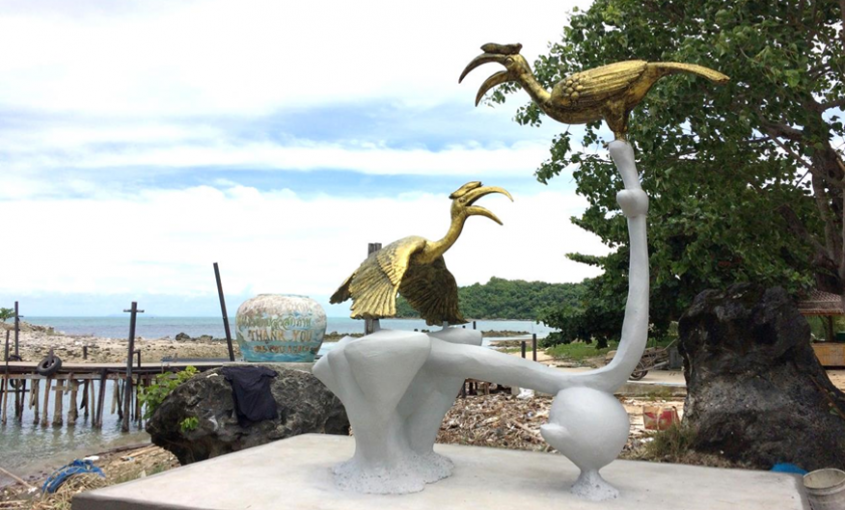 Visual identity represents the identity of Ko Phaluai to boost the tourism. Semiotics is a way that enhances prominence and differences as well as to clarify the identity of Ko Phaluai which can be reflected through sculpture symbols. This adds a unique concrete identity in the way of visual recognition representing the island (or Ko) itself which is the key to the coexistence and mutual respect between human and nature through the symbol of hornbills living in the forest of Ko Phaluai.